The Butler Institute of American Art

Charles Pollock in the 1960s: From Black to Color

We are pleased to announce that CHARLES POLLOCK in the 1960s: From Black to Color, will be on display at The Butler Institute of American Art in Youngstown, OH, this coming fall.

Featuring a selection of large-scale paintings from three series of the artist’s oeuvre,BLACK AND GRAY, ROME, and NY, the exhibition aims to document Charles Pollock’s transition from relatively monochrome abstractions to explorations related to Color-Field painting in the 1960s. The installation will include the painting “Rome Ten” (1963), which belongs to the permanent collection of The Butler Institute of American Art.

Completed in Michigan in the early 1960s, the BLACK AND GRAY series is characterized by large, irregular shapes stemming from torn paper collages, sharply contrasted with monochromatic backgrounds. Set against subdued variations of gray, these forms appear both rooted and amorphous; though black, their edges seem unrestricted. Charles Pollock’s subsequent ROME series introduces subtle explorations of color. Named after their place of origin, where the artist took a sabbatical year from teaching in 1962-63, these paintings embrace dark silhouettes that establish a haunting effect, allowing for a more direct relationship between the viewer and the painting. By the late 1960s, Pollock was focusing exclusively on color. In his NYseries, which marked Charles Pollock’s return to New York City after an absence of thirty-three years, biomorphic shapes have been replaced with vertical quasi-geometric structures. These totemic forms evoke color stacks, which are sometimes slanted diagonally. Emanating a strong transcendental quality, these ethereal constructs float in space, at once emergent from and receding into the surrounding atmosphere. 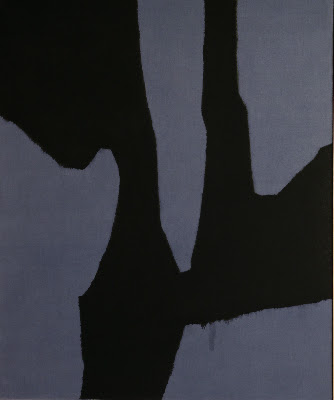 Rome Fourteen, 1963, oil on canvas, 67 x 55 1/8 in.
Born in 1902 in Denver, Colorado, Charles Pollock was the eldest of five boys (Marvin Jay, Frank Leslie, Sanford LeRoy and Paul Jackson). He spent his childhood in the American West before his interest in the work of Max Weber, José Clemente Orozco, Diego Rivera and Thomas Hart Benton took him to New York in 1926. There, he studied with Benton at the Art Students League and soon became his assistant and friend. From 1942 to 1967, he taught calligraphy, graphic design and printmaking at Michigan State University. He retired in 1967, and received both a Guggenheim Grant and a National Foundation of Arts Grant that year. He moved back to New York where he began a new body of work in his studio on the Bowery. In 1971 he moved to Paris, where he established an atelier on the rue du Cherche-Midi. Charles Pollock died in Paris in 1988 at the age of 85. 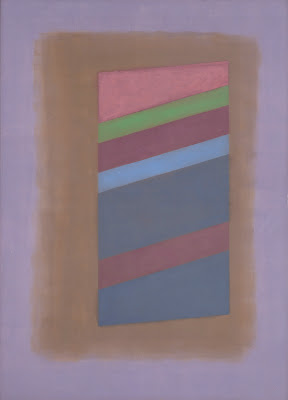 524 Wick Avenue
Youngstown, Ohio 44505
www.butlerart.com
Founded in 1919 by Joseph G. Butler, Jr., the Butler Institute is the first museum established specifically dedicated to American art. Located in Youngstown, Ohio, the Butler’s mission is to preserve and collect works of art in all media created by citizens of America. The museum has been operating on the contributions of it’s local and national communities and the support of volunteers since it’s opening in 1919, and has lent works internationally to museums including the Louvre Museum, the Tate Modern, the Vatican Museum, The Metropolitan Museum of Art, the Art Institute of Chicago, and the Museum of Fine Arts in Boston.